U.S. Commercial Real Estate and Understanding the STO’s “Failure to Launch” in 2019 – Part 1

Part 1 of 3: The Premise – A prerequisite to understanding

The U.S. commercial real estate private investment market is considered the Holy Grail of markets for those in the STO or blockchain services industry. There have been several U.S. real estate STOs announced in 2019, but none of them successfully raised capital in 2019. The purpose of this article is to help the reader understand why. 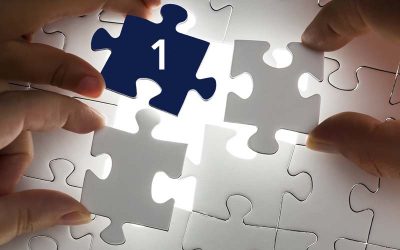 What is an STO or a DSO?

They are acronyms for “Security Token Offering” and “Digital Security Offering.” In order to clarify the meaning for those who are unfamiliar with the lingo of the blockchain technology industry, it would be helpful to deconstruct the two phrases. An STO is a “security offering” that has been tokenized. A DSO is a “security offering” that has been digitized. They both mean exactly the same thing, which is a digital representation of a “security” as defined by the U.S. SEC (Securities and Exchange Commission). I actually prefer DSO, although STO is more widely used. The word “Token”, very often evokes confusion to the uninitiated because it is associated with digital currencies, such as Bitcoin, Ethereum and a large number of “Utility Tokens.”

The utility token was an attempt by some in the early days of crypto currencies, to be able to raise money and avoid falling under the jurisdiction of the SEC. All of those attempts have failed because they could not get past the “Howey Test” which is a test created by the Supreme Court for determining whether certain contract transactions are considered securities.

We should strive to avoid confusing a “security offering” that has been tokenized or digitized, with the widely publicized Utility Token Offerings and Initial Coin Offering (ICO) fiascos from 2016 & 2017. Most wealth managers and investors around the world still do not understand that the only thing in common between the two is the underlying blockchain technology. This is important, since they are the people who will determine the future of STOs.

Why does the STO function so well as a security?

We need a little historical perspective to understand why the STO will be increasingly important over time. While crypto currencies in, as an alternative form of money, are still controversial; it is undeniable that the underlying “blockchain” technology is revolutionary. As “open source” technology, people began to develop many new applications for blockchain technology. One such innovation was a self-enforcing programmable contract, called a “smart contract” infused within the blockchain. Smart contracts were programmed to govern the rules of transactions. People realized early on that the purpose of all of the SEC and FINRA licensed middlemen and gatekeepers within the securities industry were to inforce the transaction rules. Now their roles could be replaced with smart contracts.

Hence the STO was established. Now when you combine crowdfunding platforms together with smart contract technology on the Blockchain, you now have the potential to raise unlimited amounts of money worldwide and remain 100% in compliance with SEC rules.

The latest innovation with regard to STOs is the establishment around the world of Government authorized exchanges that are fully compliant with the global rules against money laundering and criminal activity. “Openfinance” and “tZERO” are two such companies that are already SEC approved STO exchanges in the U.S. These exchanges, among others around the world, are providing a market place to buy, sell and trade STOs.

What is the purpose, hope and potential benefit of the STO?

There are basically only two ways to raise money from investors, either via the public markets (i.e. NYSE or NASDAQ) or via the private [placement] markets. Only successful private companies who elect to become public companies can access the public markets, because of the myriad of additional layers of compliance required. The public market advantage is that investments in the companies are “liquid”, meaning investors can buy or sell shares of stock whenever they feel the timing is right for them. The primary disadvantage to raising money as a private company is that investments in the company are “illiquid” and investors can only get their money out when the company is able to negotiate a liquidity event; such as a sale, a merger or going public. Every investor in private companies will ask the question “what is the exit strategy?” They want to know how and when they will get their money back along with the projected profits. Obviously, a company’s exit strategy is a prediction of future events, which may or may not happen. This uncertainty represents investor risk. Consequently, all private investment deals are designed with the exit in mind to appease the investor’s risk concerns.

The primary benefit of tokenizing traditional private [placement] securities is to improve investor liquidity. While it may take a few more years before the liquidity is similar to that of the public markets, it is not a question of if, but when. Another benefit of tokenization is to facilitate easy cross border transactions. Even today it is difficult for global small investors to participate in the U.S. public markets and impossible to participate in the private markets.

In 2018, it was widely anticipated that in 2019 the U.S. commercial real estate industry, would be the primary beneficiary and early adopter of tokenization, since its main source of capital is the traditional private securities market. But that didn’t happen.

back to News & Insights

From Our Learning Center

You can find out more about which cookies we are using or switch them off in settings.

This website uses cookies so that we can provide you with the best user experience possible. Cookie information is stored in your browser and performs functions such as recognising you when you return to our website and helping our team to understand which sections of the website you find most interesting and useful.

Strictly Necessary Cookie should be enabled at all times so that we can save your preferences for cookie settings.

If you disable this cookie, we will not be able to save your preferences. This means that every time you visit this website you will need to enable or disable cookies again.